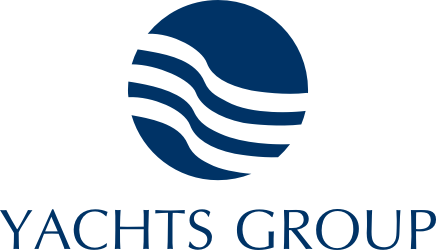 The Mochi 74 Dolphin is a really "Big" Lobster. No one had built a 74-foot lobster boat before, so this proved a challenge to Victory Design. Could the designers retain the same beautiful lines and traditional features of the original lobster boat while moving a big step up the size scale? In the Mochi 74 Dolphin, Victory has certainly produced a very original design that will appeal to boat owners looking for something different. In fact, they have come up with a very viable alternative to the modern motoryacht. One of the nice features of this boat is that you do not feel crowded in by the design. There seems to have been generous space given over to each feature and the designers have not tried to squeeze the last ounce of space in the interior at the expense of the external style. You see this in the cockpit, where there is space for rope bins alongside the mooring fittings and room for a table with two settees. This table converts into a sunbed too. Down below there is the usual four-cabin layout with the master suite amidships, two twin-berth cabins and the VIP cabin in the bow. The master has a full-width bathroom at its aft end that separates it from both the narrow crew cabins and the engine compartment. Call for further details.